Shaun Lomas: MMA's journeyman with a love for hamster racing 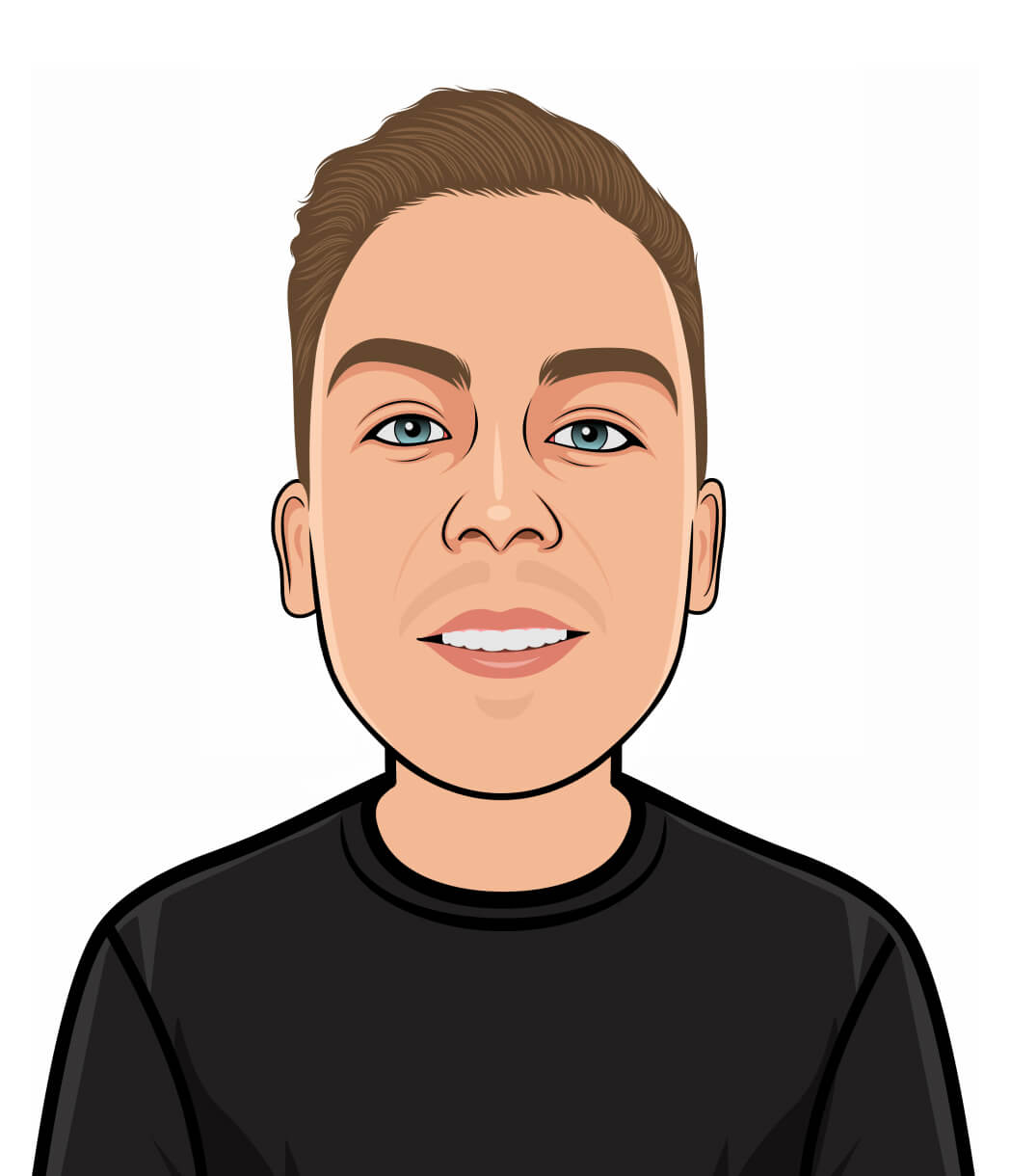 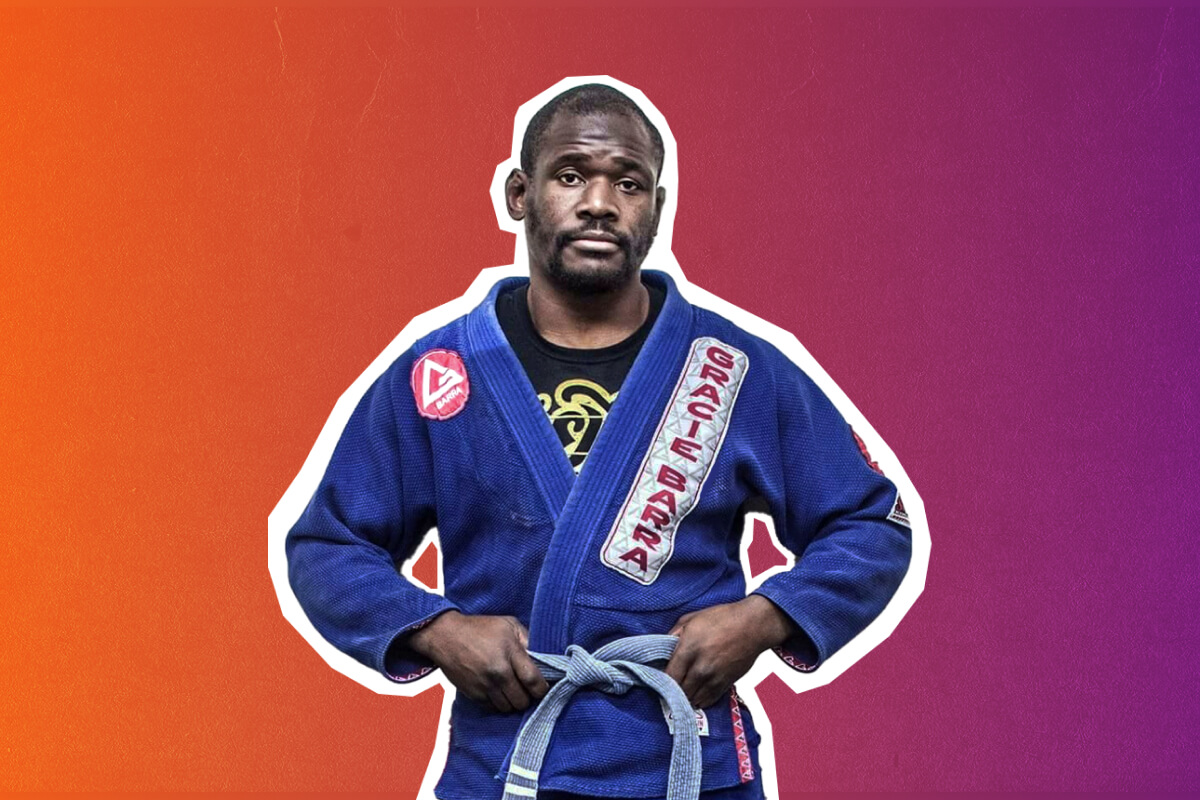 Shaun Lomas is the most experienced fighter you've probably never heard of. The average professional pushes to 30 fights in their career. Lomas has more than 350 under his belt and no intention of stopping. So how does one of the sport's toughest men wind down? Hamster racing.

The Legend sat down with Octagon Magazine at his Stockport MMA gym shortly after the release of his trailer for Hamster Race UK. He's confined to a cramped office in the corner of his gym, but does so to allow maximal space for training. Lomas is willing to discuss his previous fights as he laces up gloves ahead of an upcoming session, but the mention of a rodent in a miniature convertible is what brings a real smile to his face. He puts down the equipment in excitement of being able to share his passion.

"I had seen a little bit of it online and really liked the idea," he said. "I spoke to a few friends and they all wanted to get involved. We started a YouTube channel and after three days we have 300 views, so I think we can build it up and put on more events."

Lomas hosts the races at his Manchester gym – an unassuming building on a decrepit industrial estate. Coco takes the red car, Houdini sits in blue and Sneaky always rides in yellow. They're open to competitors and anyone is welcome to test their hamsters against the racing veterans. "I want to build the YouTube channel so we get a few thousand views on each video," he said. "Then we can get money for advertising. That's the idea of the hamster racing."

He pursues his new-found passion while fighting and coaching full-time. Hamster racing seems a world away from armbars and rear naked chokes, but that's why it's such a refreshing change. The 40-year-old is the most active fighter in the UK and is continuing to add to his record, albeit now at a slower pace. In a decade of fighting, he's recorded over 100 MMA fights and a few hundred more across other combat sports. Given the extremity of his numbers, the majority end in defeat.

Lomas is England's ultimate journeyman, but it's a title he'd prefer not to carry. "I wouldn't consider myself a journeyman because they fight to lose," he said. "They're there just to make up the numbers. I never do that and always try to win. I just happen to be someone who would fight a lot more than most."

He never intended to become a journeyman fighter, but then again, he never intended on a career in MMA at all. The Mancunian started out in the kitchen but couldn't resist indulging in the benefits of a weekend venture into the cage. "When I was younger, I used to be a chef, and the minimum wage was small," he said. "I was making about £3 an hour, but a boxing fight could earn me £200. That was like a week's wage. A guy said he could get me a boxing fight on a Friday, so I took it, and then he offered another one the next day. After making £400 in two days, I quit as a chef and decided to do this instead."

Lomas debuted back in June 2009 with a win at Ultimate Warrior Challenge. A 500-mile round-trip to Southend-on-Sea saw him knock out Abdullah Hamdan in seven minutes, while an unknown Linton Vassell headlined the card five years before becoming a Bellator title contender. Lomas quickly found his yearning for fighting, and by the end of the year had competed 11 times.

A decade later, he's lost track of his professional MMA record. "It's officially listed as 108, but that's probably missing a few – maybe 10 or 11," he said. "I've had a lot more stand-up fights too; I'd say at least 350, but I've definitely lost count of those. I've had well over 100 boxing fights, and at least another 100 in kickboxing and Muay Thai."

But now, he wants to amend his record. Fighting is no longer just about the money, and he's in a more comfortable position that allows him to pick and choose the bouts he accepts. As a full-time coach, most of his money comes from helping the next generation of fighters. Lomas prefers to step into the cage for fun. "The most I did was six fights in eight days," he said. "But I've cut down to one fight a month now. I won't do any more than that because I'm focused on winning each one. I was never desperate for the money; I just liked having it. Getting £1,500 in a week is better than getting £500. Back then, my money was smaller than it is now, so I'd have to fight a little more. That was just how I used to think, but now I've realised it's better to have fewer fights and to try to get on the bigger shows."

Unsurprisingly, Lomas has fought for an abundance of promotions and against several top fighters in their youthful days. He faced Jimi Manuwa three years before his UFC debut, and Jim Wallhead in his final fight before stepping up to Bellator. He too would later join the UFC alongside Scott Askham, who came up against Lomas in only his second professional fight, and Jack Marshman, who choked him out months before signing. More recently, Lewis Long beat him before joining Bellator.

But Lomas believes he could have been one of those fighters taking a call from the hotshots of the MMA world, if he had prioritized results over money. And despite his age, he still has those ambitions to step up to the bigger promotions. "I know I'm a serious contender," he said. "I could definitely be in the top 10 at welterweight, middleweight, or light-heavyweight if I pick my fights and don't just take anything for the money. That's the only reason why my record is the way that it is. Do I regret it? A little. If I trained and fought every other month at the right weight, I could be in the top 10 in any of those divisions. Now, I want to try and get myself on bigger shows. I want to impress on a stage like Bellator or ONE Championship."

Away from nurturing his furry friends, Lomas still finds the time to train six days a week. He remains focused on a variety of disciplines and trains in MMA three times a week. He'll also do Muay Thai on the weekend, fit in boxing sessions at night, and even does sambo wrestling once a week. Lomas is also active in running, sparring and strength and conditioning at his gym.

Combining training and fighting, one of the most significant issues for any athlete is injuries. And given the number of fights Lomas has had, often competing three times in one weekend, he's suffered his fair share of complications. "I've had fractured arms and broken hands, but nothing major," he said. "My dislocated clavicle was quite painful though. When I was younger, I would fight when I was injured. I used to just think about the money, but that's not the most important thing anymore. I wait to heal any injuries before fighting now and I wouldn't compete with a broken hand or fractured arm."

Often common in smaller promotions, the show must go on for injured fighters, as without stepping into the cage they won't receive payment. On one particular occasion, Lomas and his opponent both tried to compete with broken bones in order to collect their purse. "I can't remember who the guy was, but it was in the North East. I broke my hand in that fight and fought the guy, but he wouldn't come out for the second round because he said he broke both of his hands. I did have the injury, and it was snapped, but I was still ready for the next round. He just wouldn't come out. The following weekend, I beat another guy with the broken hand."

The nature of a journeyman fighter means that they would often accept last-minute offers to cover for a dropout and keep an event going. "It used to happen all the time," Lomas said. "If someone offered me a fight today with the right money, I'd probably take it. I'd travel anywhere in the world if the promoters pay for me to get there. I've fought in Australia before."

A handful of stories have emerged about Lomas' antics, and he was happy to confirm that as crazy as they sound, they are true. One of them involved him receiving a phone call midway through a Chinese takeaway. He immediately left to travel to Newcastle and fight the next day. "I remember it was an open weight tournament, and I fought Andy Hillhouse, who weighed 135 kg." For comparison, Lomas typically weighed in between 80 and 85 kg and would compete three divisions below Hillhouse. "I submitted him in the second round," Lomas said proudly.

He's also had several incidents of winning a title but never being able to defend it. "For little shows, if they want to put on a title fight, they'll put their best guy against me thinking he'll win, but sometimes they don't," he smirked. "I've won quite a few belts, but because I'm not a major ticket seller they don't ask me back. They probably didn't think I'd win it and I messed up their plans."

Now, Lomas has begun a transition to Lethwei, a form of Burmese bare-knuckle boxing that only recently became legal in the UK. Considered the toughest combat sport in the world, headbutts are recommended, gloves are prohibited, and traditionally, fights could only end in a knockout, injury or a physical inability to continue. Lomas is ranked as the second-best middleweight, below only Canadian Dave Leduc – considered the greatest Lethwei fighter in the world. However, there's also no one below him in the rankings. No one else has been brave enough to get involved yet. "Muay Thai is the base that I started with, so Lethwei is a natural progression," he said. "I like the style and Muay Thai is my main strength. I'm better at that than I am at MMA."

But whether he's training to compete in MMA or Lethwei, you'll always find Lomas cheering on Houdini the hamster on a Sunday morning in Stockport.